Good evening, Here is to nourish your inner fire with this new Newsletter on just before Christmas. With good resolutions of firmness, stability and endurance taken for the new year, you will get going again to implement your Sādhana Om Shanti and good reading! Jean Claude Garnier

How a word ĀSANA brings a global reflection on yoga

“It is this belief in a cosmic order, for which the role of art was to capture, to render visible the principles, that formed the basis of the establishment of the theory of all arts in ancient India.”
Alain Daniélou (Approche de l’hindouisme)

As Sri T. Krishnamacharya put it, yoga is India’s gift to the world. If one looks attentively, all the physical disciplines (gymnastics, aerobics, physical culture, dance, therapeutics of the body and the soul like psychoanalysis, etc.) borrowed something from this science, known for millennia in India. Yet classical Yoga is misunderstood and many false ideas circulate on this subject.

Yoga
For many Westerners, yoga is only hatha-yoga (Haṭhayoga हठयोग), in other words, physical exercises, postures or “āsana”.
Deepening yoga is not learning yet a new posture, nor practicing meditation for one more hour every day …
The aim is to broaden the field of consciousness by the yoga of knowledge: jnānayoga; the relational field through the yoga of adoration: Bhaktiyoga; the field of ecological action through the yoga of action: Karmayoga.

Yoga is not an esoteric mystical-smoky discipline perfumed with incense. Yoga is an exact science of the body in static and in movement based on knowledge of anatomy and physiology, prāṇāyāma is a science of respiration based on knowledge of fluid dynamics and circulation of nervous fluxes, these are extremely Cartesian sciences that have been observed and documented for millennia.

With globalization, yoga is diluted
Today Yoga is known all over the world, unfortunately it’s traditional context has been stripped off, also by many Indian masters to make it more accessible to Westerners (Desikachar, BKS Iyengar etc …). It has lost its substance, its authenticity …
Sri Tirumalai Krishnamacharya studied a little more than 3000 Yoga postures taught by his master Ramamohan Brahmachari in a cave near Manas Sarovar in Tibet. In his book “Light on Yoga”, BKS Iyengar describes only 602 postures; Sri K Pattabhi Jois taught almost as many if the six series are practiced… The Yoga Bikram consists of 26 postures, André van Lysebeth in his series called “Rishikesh” taught only 12 basic postures …                                      It is obvious that Yoga has diluted …

The definition of Yoga :
The word “Yoga” comes from the Sanskrit root “Yug”, which means to link, to unite or to direct and concentrate one’s attention. It is thus a practice that gradually leads the practitioner to integrate into the most material body (the coarse body) the different internal bodies or subtle bodies, thus reaching the soul. For this, we use postures (āsana), respiratory techniques (prāṇāyāma), concentration (dhāraṇā), inner listening (pratyāhāra) and meditation (dhyāna).

Yogasūtrāṇi
Patañjali, in his book on Rāja Yoga, the Yogasūtra (196 sūtra) describes the principles and techniques of psychophysical reintegration, it is a manual explaining clearly how to practice, how to go from the alpha point to the omega point. It is a kind of mapping, a “GPS” on the way to Samādhi.

Patañjali, in the 196 aphorisms, uses only three times the word “āsana” … he does not speak of “posture” of the dog, the cat, nor the pig nor the raven perched on its tree …, he speaks of righteousness, of being well adjusted to one’s plate, to one’s physical and mental balance, he is therefore talking about  searching for the right balance and inner mental attitude in the many possibilities of the field of consciousness

The Yogasūtrāṇi are composed of four chapters

In the first chapter of Samādhi-Pāda (धाधि), Patañjali describes Yoga and the means to achieve this goal: it is not about being well with oneself, but about BEING. This quest for Unity, which passes through the Unity with one’s Self, then with the Absolute, with the Universe…

In the second chapter, the Sādhana pāda, Patañjali describes the spiritual practice, the purification of the body and the mind by the practice of kriyā yoga, that is purification through self-analysis and development of awareness of self; and aṣṭāṅgayoga, the eight parts of Yoga.

YS 2.29 (Sādhana pāda, chapter of spiritual practice), in this sūtra, Patañjali describes the path to reach the samādhi:

Yama-niyam-āsana-prāṇāyāma-pratyāhāra-dhāraṇā-dhyāna-samādhayo’aṣṭāvaṅgāni
The practice of postures or āsana(s) constitutes the third, of the eight stages of yoga. The postures put an end to the bodily agitation and bring together the scattered energies. They are intended to remedy the weaknesses of the body and to improve the metabolic system and thus the overall health. The awakening of consciousness leads to the awakening of sensory, emotional intelligence and to the light of the soul.
After speaking of the yama and niyama (YS 2.30-2.45), Patañjali approaches posture and prāṇāyāma. This sūtra contains only 3 words but it reveals to us the essence of the postures of yoga.
YS 2.46 (Sādhana pāda, chapter of spiritual practice)
Sthira sukham āsanam
It can be translated by: The posture (āsana) must be stable and immobile, as well as comfortable. 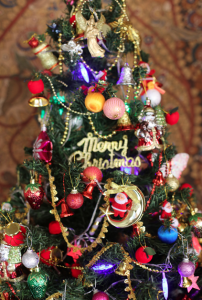 Trained in classical dance and modern dance in my childhood, I initiated myself to yoga at 18 during a trip to Venezuela. Back in Belgium , I am Hatha Yoga and Nada Yoga ( Sound and yoga) . In 2010 , I discovered Ashtanga Yoga and follow the course of Jean -Claude Garnier, with whom I continue training to become a teacher in 2012-2016 .

Bring me the benefits of yoga practice lead me to deepen my knowledge of this beautiful discipline , and lead me to want to share it around. My practice is therefore a natural extension in the teaching of Ashtanga yoga, I suggest with respect and listen to the peculiarities of each student.

This page does not existe ! 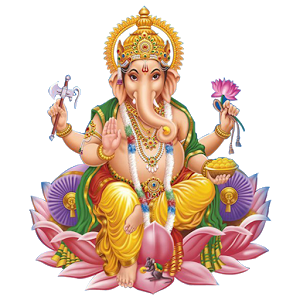 In the Yoga tradition, there are several muscle positionings (Bandha).

The first control is « Mūla », the pelvic floor, the base/foundation.

Whichever the posture, the Mūla bandha produces the necessary energy for a firm postural basis.

Mūla Bandha is held during the entire duration of the postural session.

In itself, It is not really difficult to master the Mūla bandha it is just a matter of attention, concentration and time.

Sri K. Pattabhi Jois considered that 5 years are needed to master it completely.

The second control is « Uḍḍiyāna », the abdominal ball. (See page)

Together « Mūla Bandha & Uḍḍiyāna » represent a safety system that protects the body thanks to its actions on the lower body fascia (reciprocal tension of right and left fascia).

This set participates to controlling the energy in the body (Prāṇa)

It is not sufficient to tighten the anus and to lift this sensation towards the centre of the abdomen, as some wrongly think, for the Mūla Bandha to be present. No, that would be too simple… 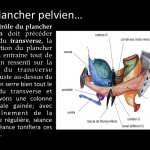 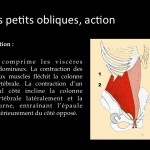 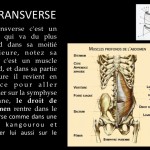 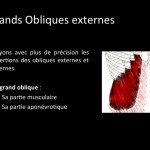 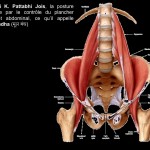 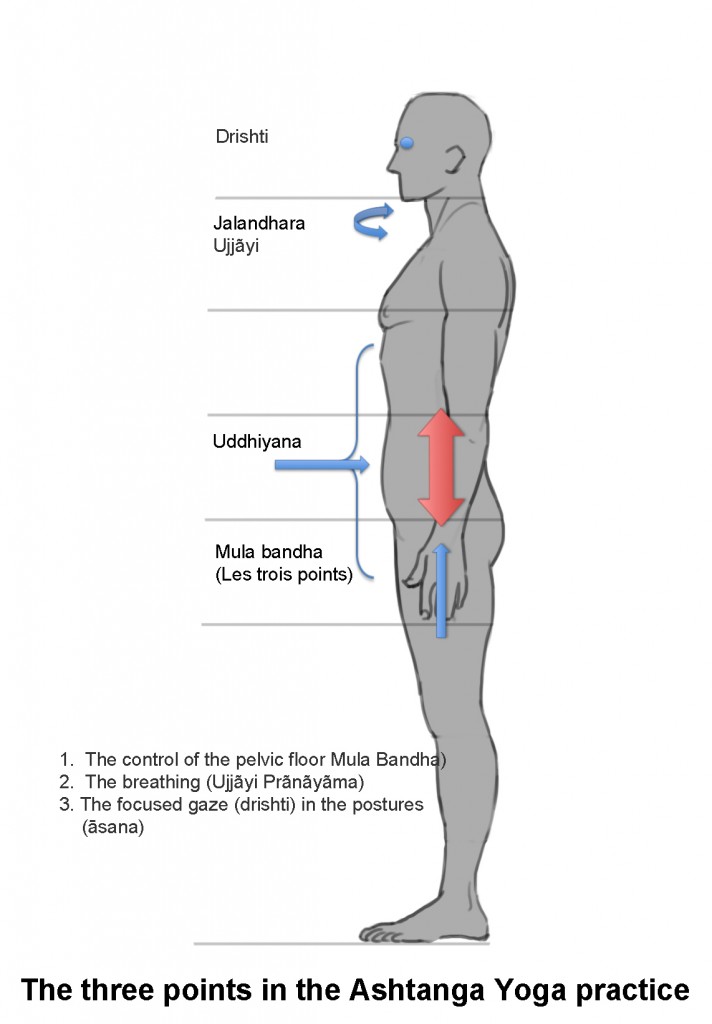 According to Sri K. Pattabhi Jois’ teachings, this prayer expresses the wish/desire to liberate oneself from illusions (Māyā) in order to obtain the reach the Supreme knowledge (Satcitānanda). It is always recited by yogis before the Ashtanga yoga practice.

The chant at the start of the class (opening chant)

It is presented as a moment of change, an inner attitude, a rite of passage that goes from the profane time to the sacred time.

Its goal is to produce a change of direction in the senses that in the profane/secular time are turned towards the exteriority, to go towards the sacred time of the interiority in order to reach the feeling of unity with oneself.

It is a time devoted to the awakening of the inner life in the yogi’s heart.

After the agitation of the profane world, this realigning allows us to find « the immobility, the rest, the calm, the inner silence » from the Greek ἡσυχασμός (hesychasmos) « be in peace, stay silent » from the Greek ἡσυχάζω (hesychadzo). It aims at the soul’s peace/inner peace.

« God became man, so that the man could become God »
Athanasius of Alexandria (Αθανάσιος) 298 – 373 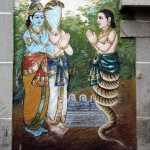 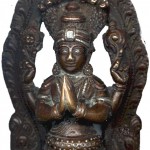 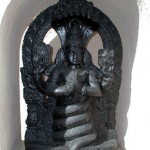 I bow to the lotus feet of the Supreme Guru.
Who teaches the Knowledge, awakening the great happiness of one’s own self revelation.
He acts as the jungle physician,
capable of dispersing the illusions and the poison of a conditioned existence.

To Patañjali, Adisesa’s incarnation, of white colour, with a thousand radiant faces (under the form of divine serpent Ananta),a human form below the shoulders, holding the sword of discrimination, a wheel of fire symbolising eternity and the conch representing the divine sound.
I bow.
Om

The chant at the end of the class (closing chant)

After the asana practice, it is time for the end-of-class chant in Sanskrit.
After having explored our interiority, we say good-bye to each other.
We leave with the promise of meeting again.
This chant is a way of saying thank you, of thanking the Yoga masters.
Now we reopen our self to the exteriority so that we can share our peace with the world.
Before leaving, lying down on the floor, it is time to integrate the yoga class (Savāsana position).

May all men be protected and live in peace.
May those who lead walk on the path of justice.
May the whole world and those who search for truth, be under the Divine protection.
So everyone will have a happy existence.
Om, be in peace, go in peace, share the peace…

Om, the sacred syllable is all, what was, what is and what will be; imperishable, it is beyond the three times. »
Māṇḍūkya Upaniṣad