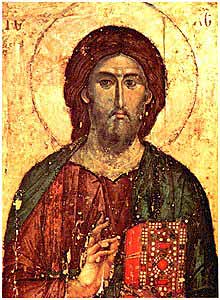 According to Sri K. Pattabhi Jois’ teachings, this prayer expresses the wish/desire to liberate oneself from illusions (Māyā) in order to obtain the reach the Supreme knowledge (Satcitānanda). It is always recited by yogis before the Ashtanga yoga practice.

The chant at the start of the class (opening chant)

It is presented as a moment of change, an inner attitude, a rite of passage that goes from the profane time to the sacred time.

Its goal is to produce a change of direction in the senses that in the profane/secular time are turned towards the exteriority, to go towards the sacred time of the interiority in order to reach the feeling of unity with oneself.

It is a time devoted to the awakening of the inner life in the yogi’s heart.

After the agitation of the profane world, this realigning allows us to find « the immobility, the rest, the calm, the inner silence » from the Greek ἡσυχασμός (hesychasmos) « be in peace, stay silent » from the Greek ἡσυχάζω (hesychadzo). It aims at the soul’s peace/inner peace.

« God became man, so that the man could become God »
Athanasius of Alexandria (Αθανάσιος) 298 – 373

I bow to the lotus feet of the Supreme Guru.
Who teaches the Knowledge, awakening the great happiness of one’s own self revelation.
He acts as the jungle physician,
capable of dispersing the illusions and the poison of a conditioned existence.

To Patañjali, Adisesa’s incarnation, of white colour, with a thousand radiant faces (under the form of divine serpent Ananta),a human form below the shoulders, holding the sword of discrimination, a wheel of fire symbolising eternity and the conch representing the divine sound.
I bow.
Om

The chant at the end of the class (closing chant)

After the asana practice, it is time for the end-of-class chant in Sanskrit.
After having explored our interiority, we say good-bye to each other.
We leave with the promise of meeting again.
This chant is a way of saying thank you, of thanking the Yoga masters.
Now we reopen our self to the exteriority so that we can share our peace with the world.
Before leaving, lying down on the floor, it is time to integrate the yoga class (Savāsana position).

May all men be protected and live in peace.
May those who lead walk on the path of justice.
May the whole world and those who search for truth, be under the Divine protection.
So everyone will have a happy existence.
Om, be in peace, go in peace, share the peace…

Om, the sacred syllable is all, what was, what is and what will be; imperishable, it is beyond the three times. »
Māṇḍūkya Upaniṣad