Indian Astrology is part of the auxiliary sciences of Hinduism, so connected to the Veda.

In India, no important decision is taken without consulting an astrologer. Indian Astrology (Jyotish), the oldest, is based on 27 moon constellations (nakṣatra) and passages of the Moon close to them in the union or not with the position of the Sun.

According to jyotish astrology, we are at any time connected with the universe.

The Maharaja of Mysore had at his service his own Devin/Astrologer, Krishna Pattabhi Jois (the father of Guruji – Sri K. Pattabhi Jois). 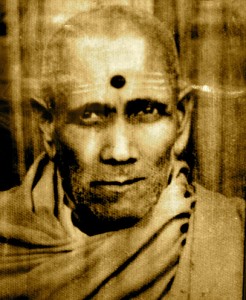 What is that Indian Astrology?

Everyone knows his “sign” in Western Astrology: Cancer, Lion, Sagittarius or otherwise. It is in fact the seasonal sign occupied by the Sun on the day of the birth.

The Sun lies a month in each sign, since it passes over all twelve in the year. The changes occur around the 21st of each month. So, a date of birth tells us directly to which ‘sign’ the person belongs.

Things are not as simple in Indian Astrology, firstly because this discipline gives primacy to the Moon and not to the Sun and then because it uses a Zodiac said to be “sidereal”: the signs of the Zodiac are superimposed on the constellations, without the inexorable shift due to the precession of the equinoxes. Knowing one’s sign in Indian Astrology would more or less imply knowing the constellation crossed by the Moon at the moment of birth. This Lunar position cannot be simply inferred from the date of birth, it requires other skills and other means.

What is a natal chart?

It is the representation of space, visible from a specific point of the globe, at a specific time. In this place, at this moment, someone came into the world. The schema of his sky of birth is called the theme.  As in a snapshot, the natal chart captures this inextricable energy node that corresponds to the new-born being. Because a being is an energy node…

He can only stay, continue to be what he is, as long as these energies in their clash remain in balance. No balance is perfectly stable, so the being will never cease to transform.

The great currents that are at work will keep for a time (time of an existence) their strength, their meaning, and their character. The intensity and quality of these energies come from all over the universe, they define at the birth of an individual his nature, shape and  “degree in being” or, if preferred, his level of consciousness.

You can receive a free Indian astrological study: http://www.yourplanets.com/

I deeply thank Mr Jean Dethier, for his introduction to Indian Astrology. He had the pleasure of studying in India with the Professor, K. Neelakantan, recently deceased, who also exercised Astrology with the Maharajah of Mysore, circa 1928.