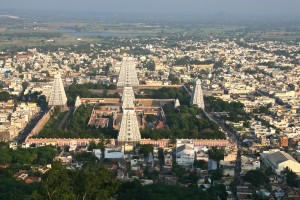 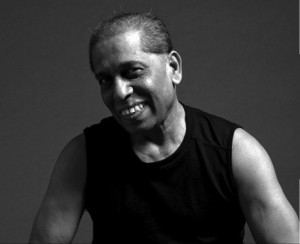 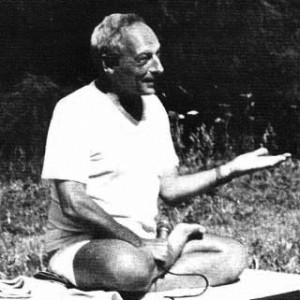 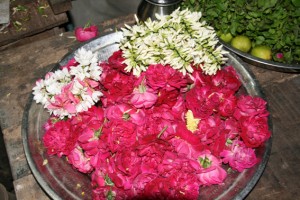 The coast of Coromandel, close to Pondicherry, is ideally suited for a charming stay: beaches of white sand, Hindu temple complexes, small fishing villages, the ancient French counter where the past is still present, a stay in a charming hotel – all this will make your Yoga workshop an unforgettable experience.

The town, Pondicherry or Puducherry, is often referred to as Pondy. Pondicherry has a unique architecture, inherited from a mixture of cultures and its French and Tamil colonial past.

Pondicherry has a special ambience and charm, completely different from the rest of India. Formerly a French colony, today it is an Indian territory, 160 km from Chennai (Madras), 100 km from Mahābalipuram, along the Coast of Coromandel, in the Gulf of Bengal. Take a stroll, walking or on a cycle rickshaw, through the charming streets with evocative names, where you can admire the finest examples of colonial architecture.

Immerse yourself in the old marketplace, at the junction of Nehru Street & Mahatma Gandhi Road, with its surprising fragrances from the fish, fruit, vegetable and flower markets, buy coffee or tea in “The Lakshmi Coffee”, go out for lunch at “Energy Home”, a surprising and absolutely delicious cuisine, 35a, Chety Street. Visit Sri Aurobindo’s ashram in Auroville. Enjoy a French breakfast at “Baker Street”, 123, Bussy Street, or an Indian one in a house with traditional Tamil architecture, the “Maison Perumal”, 44 Perumal Koil Street: dosai, idly, kalapam and uthappam, from 7.30 until 10.00.

When in Pondicherry I warmly recommend you to pay a visit to the ashram of Sri Aurobindo on “Marine Street” in the old French Quarters. It is a beautiful colonial style mansion where the faithful meditate. In 1920 a French woman joined Sri Aurobindo and became his spiritual companion, since then known as “The Mother”. Sri Aurobindo’s teachings are a synthesis of traditional and modern Yoga. The aim of his Yoga practice is to develop inner spiritual life. With this practice the unique Self is revealed, thus developing a supramental spiritual awareness that transforms human life.

Sri Aurobindo´s ashram was founded on November 24, 1926. In December of the same year, Sri Aurobindo decided to abandon public life to dedicate himself solely to the action of the Supramental Force, leaving the management of the ashram in the hands of “The Mother” (Mira Alfassa), who continued his work after his death in 1960.

In 1968 “The Mother” refers to the project of a new village in the following terms :

“There shall be on Earth an unalienable place, a place that does not belong to any nation, a place where all beings of good faith, sincere in their aspirations, can live free as citizens of the world…”

Auroville, situated ten kilometres north of Pondicherry, the project of an experimental modern and spiritual village, came to life in 1969,