Thanjavur (Tanjore) is a city in Tamil Nadu state located 400 km South of Chennai, on the South bank of the Cauvery. Thanjavur is famous for the relief style of painting that bears its name. The Thanjavur art works mainly depict the deities of Hindu mythology. Krishna is portrayed having white skin whereas it is traditionally dark blue. The lay out resembles that of Greek icons. The temple of Brihadesvara – a UNESCO World Heritage site – is also known as the temple of Rājarājeshvaram, It is built in the drāvidien style. 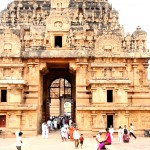 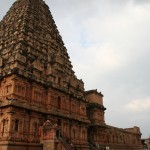 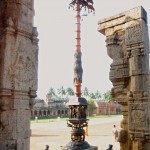 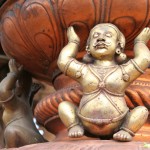 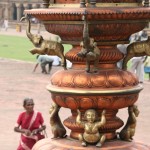 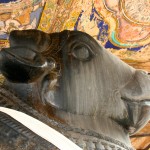 A large Nandi – Shiva’s famous bull – can be found after the entrance of the interior courtyard. It is 6m in long and 3m high, made entirely of black granite. 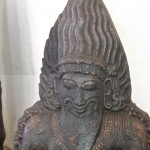 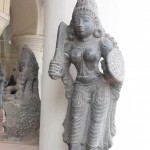 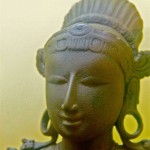 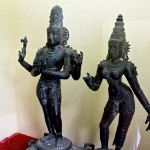 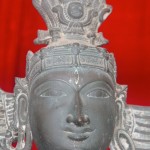 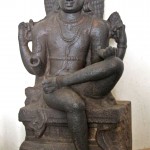 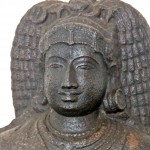 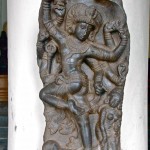 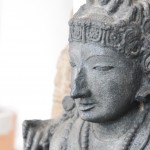 The granite and bronze sculptures of its museum are worth a visit. The same goes for the library and the Palace. 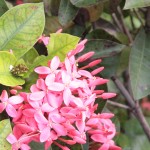 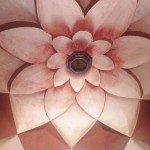 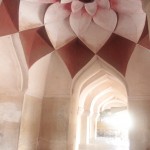 The region of Tanjore is rich in history: it is a land of temples of which a large number are rather ancient. 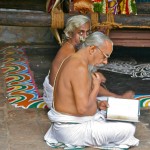 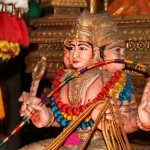 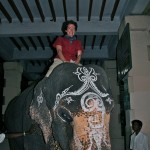 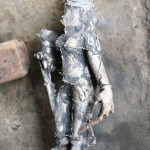 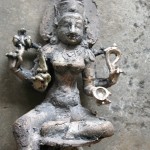 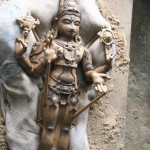 There are many interesting temples to visit around Tanjore such as in the towns of Gangaikondacholapuram, Kumbakonam, Darasuram and Swamimalai where one can also see the Bronze Museum and School of Arts as well as the famous bronze foundries in the so called style of “lost wax”.